out of the dark

February is here. January is gone. Today is yesterday’s tomorrow. Or is it tomorrow’s yesterday? I’ll have to see what one of my former students says. He seems to have a knack for quantum physics and conceptions for temporal space. But more than anything, this post is about now. And then. And what’s to come.

It feels like there is a break in the universe. The wind chill advisory is scheduled to be lifted today at noon. The temperatures have rapidly warmed from -17.6 degrees at 6am to a balmy -7.6 at 9am. Yesterday was the 100th day of school for my son. This morning, there was an excitement in the air as we walked into the school. Playful laughter abounded in the staff and students. Its an exacerbated feeling of a Friday. Excitement and hope. That we’ve made it through the worst. That brighter days are coming still.

Adding to the excitement is a frenzy of snow flakes dancing in the sky. Yes! Its warm enough to snow! Even the chickens were anxious to frolic out of the confines of their winter coop. After all, after -20 degree temperatures, near zero feels pretty darn good.

It is suitable that February is a short month, as it follows one of the longest and darkest months known to the northern stretches of the globe. Its a month of bittersweetness. In the month ahead, we have the Sully’s Hill Winter Festival, Oakley’s 3rd birthday, the 1st year anniversary of my father’s death, Valentine’s day, and a wine tasting event. We have inevitably more days of negative temperatures and bitter windchills. But we now have snowshoes! They arrived yesterday. We’ll dream about our garden and admire the rich garden flavors imbued in our homemade raspberry jam, medium salsa, and yellow tomato juice. We’ll continue to count the eggs that our chickens lay with growing anticipation for the explosion of omelets and quiches in the spring. We’ll get to those winter projects like building shelving in the basement, curing beef and pork to make bresola, salamis, bacons, and pastramis, and sorting through the duck feathers to find the most beautiful ones for art projects. We’ll continue to anticipate the days the robins will flood into our yard and strip the crabapples from the branches of the tree. We’ll continue to be grateful for the increasing about of sunlight. We’ll continue to look back, knowing that we made it through early winter and all that is left now is late winter, then mud, then green and glorious spring.

Today I am embracing this influx of energy and delight. I’m not sure what exactly the day holds. I have a deadline on Monday to submit documents for a grant review. I have some documents to draft for the opening of the Upstage Gallery at New Rockford’s coffee house, I have laundry (of course). But I also have a puppy to train, a shipment of jewelry supplies coming in, some letters to write, beautiful pheasant feathers to sort, and whatever other inspirations might come. 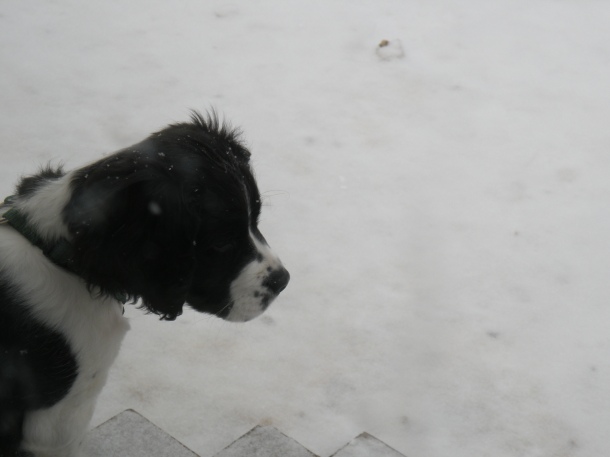 Today, I am going to ride those inspirations and see where they take me.

I expect driving those inspirations will be the presence of Lisa Hannigan’s “Knots” in my day’s soundtrack.